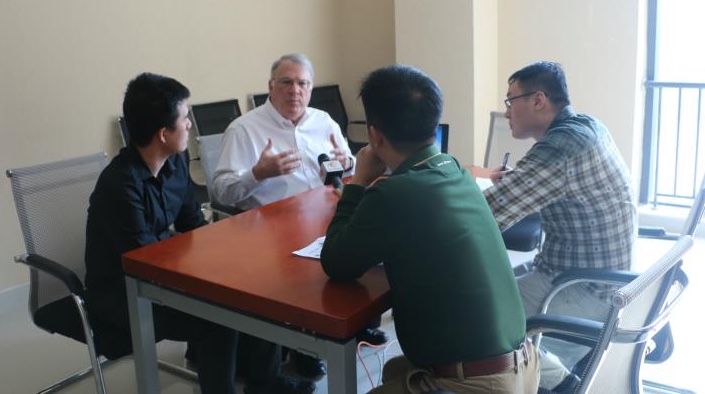 We’re honored to announce that Light Polymers won the Silicon Valley Regional leg of this year’s Songshan Lake Innovation and Entrepreneurship Competition. The competition featured 13 other startups, each with their own unique story and product, competing for the chance to proceed to the last leg of the competition in China for the final award.

The event, organized by HYSTA SVC, was held in Silicon Valley and the finalists represented a variety of industries such as robotics, artificial intelligence, bio-tech, and more. All of the presentations were there to present onsite but the Light Polymers team had to present via video conference from China due to a prior engagement at the Zhuhai Advanced Materials Summit.

“We were in China attending the Zhuhai Advanced Materials Summit and were given this opportunity to compete in the Songshan Lake Innovation Competition. We worked fast to prepare our presentation for this competition while also attending and exhibiting at a conference,” said Light Polymers CEO Marc McConnaughey. “To our surprise we won!”

In the end, Light Polymers was awarded the first place prize, along with the opportunity to compete in the Materials category at the final showcase in Dongguan later this month. Although this round of the competition was held in California, the main focus of the series is the Songshan Lake Hi-tech Industrial Development Zone. This area, known as “the Zone”, is widely recognized as a hub of eco-technology, and is home to some of China’s top projects.

After winning the HYSTA Global Innovation Award in October, Light Polymers has continued to solidify its position as a leader in both the American and Asian markets. This competition win is another testament to the company’s commitment to bridging these markets with the liquid crystal technology.

“This was a cross-border competition,” said Jie Wu, Manager Marketing Operations at Light Polymers. “Our win proves that the depth and width of Light Polymers’ lyotropic liquid crystal platform brings many opportunities for the advancement of materials technology.” Read more about Light Polymers in our Blog.